News Release: "Over 30m Citizens Yet To Be Captured As Registered Voters In Nigeria, 20m Others Denied PVCs"-Intersociety 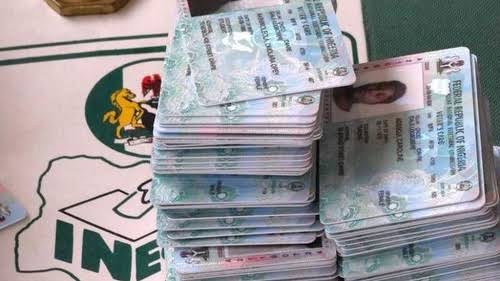 INEC Has Not Registered Over 30m Citizens: It is the authoritative position of the Int’l Society for Civil Liberties and Rule of Law (Intersociety) that no fewer than 30 million citizens of Nigeria involving those in 18 years and above have been denied registration as ‘registered voters’ in Nigeria by the Independence National Electoral Commission (INEC) ahead of the all-important 2023 Presidential Election. Intersociety hereby makes bold to say that none capturing of these 30m Nigerian citizens or more is ill-conceived and politically motivated. As if this was not enough, the Commission has inexplicably and suspiciously shut down its online fresh voters’ registration portal, thereby shutting out millions of computer literate prospective registrants and forcing millions of others into frustration and registration center accessibility hardships. It must therefore be clearly stated that denying eligible citizens, irrespective of their tribe, religion, gender and class, their rights to vote (political participation and inclusion) is a serious violation of their fundamental human rights. Such chaotic denial also constitutes a serious threat to local, national, regional and international peace and security. It is also a serious breach of the citizens’ constitutional rights to freedom of assembly and association and freedom from discrimination and their counterpart provisions in the Int’l Covenant on Civil and Political Rights of UN 1976 (ratified by Nigeria in 1993) and the African Charter on Human and Peoples Rights of 1981 (ratified and domesticated by Nigeria in 1983).

Available Local And International Statistics: This informed position of ours is according to available national and international demographic statistics. According to the current United Nations population statistics including the Worldometer (world’s live statistics on population, economy and so on), Nigeria’s estimated population as at 25th June 2022 is 216, 225, 495 or 216.5m, out of which 55% or about 120m represent those in 18 years and above. By INEC’s recent official statistics tracked in several print and online media, the total registered voters in the country as at Feb 2019 was 84m with a fraction of others captured between July 2016 and Dec 2021. INEC also recently announced that as at May 2022, it had registered 10.2m Nigerians, out of which 6.5m were successfully captured; with 4.5m being youths in 19 and 34 age bracket.

30m Not Registered, 20m Denied PVCs And 10m Others Still Registered As Minors And Aliens:

It is most likely correct to say that not less than 30m eligible citizens in Nigeria have not been registered as voters by INEC. Also no fewer than 20m registered voters have been denied their Permanent Voters Cards by the Commission. An estimated total of 10m others presently contained in Nigeria’s National Register of Voters are strongly suspected to still bear the identities of minors and allowed illegal aliens. In other words, the present National Register of Voters still bears roguish outlook and can only be credible, nationally acceptable across religious and ethnic divides and factored in coherence with the Commission’s newly acquired and imputed ‘Voter’s Enrolment Device (IReV)’ and ‘Bimodal Voter’s Accreditation System (BVAS)’ when it is cleansed and rid of the estimated over 10m minors and aliens and updated to accommodate the 30m eligible but unregistered Nigerians. Therefore, the current National Register of Voters for 2023 Presidential/General Elections can only be widely or country-wide credible and acceptable if it is genuinely cleansed and rid of the 10m minors and  illegal aliens as well as  dead and dormant citizens.

The National Register of Voters to be used in the forthcoming Presidential Election and auxiliary others must be that containing ‘110m-120m registered voters in Nigeria with at least 100m-110m PVCs holders’. This is against the present PVC holders in Nigeria put at 64m voters. The citizens’ strongly suspected double policies of the Commission whereby the Commission during Presidential Election applies two policies of strict application of its technologies especially its “Voters’ Enrolment Device (IReV) and Bimodal Voters Accreditation System (BVAS)” (formerly Card Readers) in the South (especially Southeast, South-South and non natives held areas the Southwest) or administratively causes widespread failure of such technologies in the named Southern parts; and programs same with widespread success frequency or substantial reversion to manual accreditation and voting in the North (i.e. Katsina, Borno, Yobe, Sokoto, Zamfara, Kebbi, Niger, Bauchi, Jigawa, non Southern Kaduna, Nasarawa, Kogi, Adamawa, Gombe) must stop and be discontinued. The INEC’s policies from registration of voters/issuance of their PVCs to the conduct of all elections in the country must fully reflect same policies and conducts across board throughout the country.

20m Yet to Be Registered In The South And 10m In The North:

From our recent field checks, estimated 20m unregistered voters are found in the South, out of which 10m eligible voters in the Southeast are yet to be captured by INEC. Estimated 4.5m others are yet to be captured in the South-South while 5.5m remained unregistered in the South-West. Many, if not most of those affected in the South-West are non natives especially members of Igbo Ethnic Nationality residing in Lagos and Ogun States. Out of the 10m unregistered voters in the North, at least 40%-50% are non northerners especially members of Igbo Ethnic Nationality; 35%-40% are non Muslim northerners while remaining 10% belong to Muslim citizens. Apart from threats of violence from radical natives especially the Muslims, being responsible for widespread disenfranchisement of the named segment (.i.e. pastoral Igbo citizens) of the population, they are further disenfranchised through deliberately created bureaucratic hitches including shrinking number of registration centers/polling booths in their held areas, inadequate number of INEC’s manpower and registration machines and malfunctioning of such machines. These are also the case during the issuance and collection of PVCs.

One Registration For Five PVC Seekers In Southeast And Four For Five In The Non Christian North:

Shrinking delineation of constituencies, registration and voting centers targeted at a particular ethno-religious group on the grounds of their tribe or religion, b. inadequate manpower and machines for registration, c. malfunctioning of registration/voting machines, d. clandestine creation of registration and polling centers (flying centers) across borders for capturing of aliens as registered voters/voters in Nigeria with intent to artificially out-populate other members of the legitimate population and manipulate the demographic and electoral figures, e. non issuance or discriminatory issuance of PVCs to registered voters on the grounds of their ethnicity or religion, f. registration of minors and aliens as voters with intent to roguishly out-populate other legitimate members of the general population, g. official padding up on continuous basis of the voting figures of particular ethno-religious members of a segment of the general voting population with intent to continuously out-populate others and rig elections particularly the Presidential Poll in favor of the appointing authorities or institutions or favored another and h. organized violence against individual or group citizens seeking to be captured or registered as voters so as to massively disenfranchise them on the grounds of their tribe and religion.

Militarization of election arenas so as to frighten voters and scare them away on the grounds of their tribe and religion, j. instigation of group violence and other coordinated attacks against members of another voting population on the grounds of their faith and tribe for purpose of rigging them or their candidates out, k. system padding up of voting figures  and inflation of results to favor another, l. system programmed failure of voting capturing machines targeted at opposition strong held areas for purpose of mass disenfranchisement of members of the affected voting population, j. application of strict procedures in the South during voters registration and PVC distribution and relaxation of same including use of proxies such as District Heads in the North, k. application of strict procedures during Presidential Election in the South and relaxation of same including use of manual voting protected by group militancy (using radical ethno-religious groups) and security forces in the North.