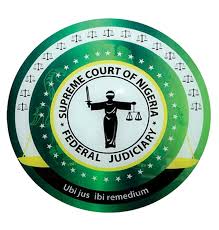 On Thursday, July 14, 2022, the African Centre for Media and Information Literacy (AFRICMIL) in collaboration with Yar’Adua Foundation will launch the Corruption Anonymous (CORA) whistleblowing platform at Yar'Adua Centre, Abuja. The CORA platform is a secure civil society driven public whistleblowing tool through which citizens can submit tips on corruption and other forms of wrongdoing anonymously. Jointly developed by AFRICMIL and the Yar’Adua Foundation, the platform aims at strengthening the whistleblowing policy of the Nigerian government. We shall return to this.

It was an unprecedented dramatic exploit, an unforced disclosure least expected from the unlikeliest of quarters. Inside the court at the apex of courts, the presumed fortress of judicial rectitude and the last bastion of cryptic conservatism, the Pandora’s box that has been well preserved for decades was prised open. And the stench was overpowering with allegations of missing funds and gross incompetence.

In the almost 59-year history of Nigeria’s supreme court, this is the first time justices would go public with a letter chronicling the iniquities of the institution’s leadership. Not that this is regrettable in any way. On the contrary, it is a pleasant experience observing persons who often bask in the virtuous mantra of “only to be seen and not to be heard” now letting it out in a somewhat no-holds-barred fashion.

Some enthusiastic media colleagues have termed the justices latest rendition “explosive.” They are right. At least, for once, rather than merely showing up in wig and gown and reveling in the mystic of their legendary tight lip, our Lordships bucked the tide by speaking out. And the message was loud and clear.

But for a more contextual understanding, what the respected justices have done is nothing but whistleblowing – a disclosure of prolonged wrongdoing in the supreme court that could harm society’s well-being if not checked. To that extent, the disclosure, much as it largely concerns the welfare of individual justices, is in the interest of the public ultimately. The revelation is in order. What makes it seem otherwise or sort of strange is that it came from a place and from persons the public never expected.

This whistle was blown not from the base of the court; that is, by gardeners, messengers, clerks, or from middle level officers and the like whom people ordinarily would associate with discontentment with the system. It came from the very top; that is, by no less a group than the justices themselves – the real minders of the institution whom people would generally see as beneficiaries of a rotten system – against their chief who was only fortunate to be the first among equals.

The justices were alarmed that despite the increase in the budgetary allocation of the judiciary, their legitimate entitlements were not paid. In other words, our Lordships are asking, what happened to the money. Short of saying their boss was part irresponsible and part derelict, they charged that instead of acceding to their request for human and other material accessories that would improve their work, he would rather go junketing across the globe with family members and personal staff.

Then the clincher: “We DEMAND to know what happened to our training funds, have they been diverted, or is it a plain denial?” the justices asked.

It is important to mention that the letter itself is strongly suggestive of lack of confidence in Justice Tanko Muhammad even if his colleagues had not unreservedly painted him as an out-and-out corrupt and blundering administrator.

Coming from the powerhouse of the judiciary, a durable redoubt of democratic sustainability, this rare act of whistleblowing is a most welcome development which needs the applause of strenuous protagonists of good governance whether in the civil society, public or private sector. The justices, obviously, had begun to choke and had no choice but to vent to save themselves and, by extension, an important arm of government whose public perception has become increasingly cheerless from the way it is routinely accused of pandering only to the interests of the rich and influential.

This idea, right or wrong, is the source of its derisive description as “cash-and-carry” judiciary. But as is well known, without a strong, independent judiciary democracy will continue to flounder about on the whims of arbitrariness; yes arbitrariness, which was what Justice Muhammad served all through his stewardship as Nigeria’s chief justice and his colleagues finally moved to stop. Top officials in the other arms of government who are also living with fraud and other conducts that potentially threaten public good should also take a cue from the justices and pronounce the complaints in public. This is a right step in correcting the ills of society.

Amid rampant corrupt practices that have made mincemeat of credible indices of human growth and consequently practically brought Nigeria to its knees, the Buhari government realized that it would not make any meaningful headway in its promise to fight corruption if the people were not brought into the fight as partners. And so just a little over a year after its inauguration, it considered a memo by the Presidential Advisory Committee Against Corruption (PACAC), an anti-corruption think-tank it established as part of the plan to rein in corruption, and that led to the introduction of the whistleblowing policy through an executive order.

Buhari named the Presidential Initiative on Continuous Audit (PICA), a unit in the Federal Ministry of Finance, Budget and National Planning, which will also count as a legacy of his administration, as administrators of the new policy instrument. Although the policy has been hailed as about the most impactful of this administration’s strategies in the fight against corruption, it has remained just that: a policy. Undoubtedly, failure to graduate the policy to an effective law has understandably hindered interest in whistleblowing because people fear that there is no protection in the event of punishment for blowing the whistle, which keeps manifesting in varying degrees in many ministries, departments and agencies.

While officers in public service who have dared to take advantage of the whistleblowing policy to report wrongdoing continually face retaliation, not a single person who was reported and indicted following investigation by law enforcement or anti-corruption agencies has been brought to account. All the known perpetrators of wrongdoing keep getting way with their action, and even rewarded in some cases.

And that could happen in the case of Justice Muhammad whose investigation some people have demanded but which is not likely to happen. And as he walked out of the supreme court amid hints of coerced retirement, a hefty severance package that can only be justified in this environment already awaits him. That’s an example of the reward referenced above – reward in the face of irrefutable evidence of people compromising the system for selfish end.

As a postscript to this piece, all those who described the action of the protesting justices as “dancing naked in public” are referred to Section 39 of the Nigerian constitution, which notes that, “Every person shall be entitled to freedom of expression, including freedom to hold opinions and to receive and impart ideas and information without interference.” Therein lies the import of the protest.

Back to whistleblowing and the launch of the CORA platform. The facilitators of the platform hope that it will complement the government’s whistleblowing platform managed by PICA and provide Nigerians an opportunity to participate, using whistleblowing, in consolidating the fight against corruption in the country.

The CORA reporting tool, which seeks to strengthen the culture of whistleblowing is hosted on the Partners United platform, a knowledge exchange site developed by Yar’Adua Foundation, with the support of MacArthur Foundation, to bring together persons and groups dedicated to ensuring accountability in Nigeria.