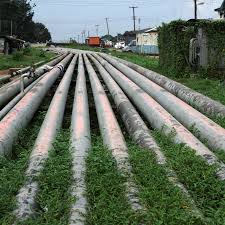 "Ignorance is an enemy, even to its owner" - Sri Chinmoy

Recently, the Federal Government renewed a multi-million dollar pipeline surveillance contract with a former militant leader and commander of the defunct Movement for Emancipation of the Niger Delta (MEND), Government Ekpemupolo,

It was gathered that the government and the Nigerian National Petroleum Corporation (NNPC) Limited signed the deal with Tompolo to end illegal bunkering, illegal refining, and other forms of oil theft in the Niger Delta.

I see the contract as a welcome development and there is no doubt the former MEND commander, known for his creek credibility, will monitor and oversee other surveillance contracts, contractors and their activities in the entire Niger Delta excellently.

The country is losing over 500,000 barrels per day to illegal bunkering, and this cannot continue considering the economic downturn across the globe.

The reason why illegal bunkering has lingered for this long is that there were no credible people that could mediate between the people and the government, people they could trust.

It is heartwarming that the Federal Government has involved communities in the protection of pipelines crisscrossing their domains, and I believe that this new deal will work because Tompolo has the network and credibility to act as a bridge between the communities and the government.

The arrangement under the previous administration of Goodluck Jonathan with Tompolo put in place tackled illegal bunkering and increased production quotas to over two million barrels per day.

The use of a community-based approach remained the most effective way of reducing illegal bunkering and oil refining in the Niger Delta region.

The contract with Tompolo will keep the youths in the Niger Delta busy as he will work with community people, and that was demonstrated in his consultative meetings with some of the stakeholders.

Once there is the consciousness of stakeholders at the community level that illegal bunkering is not in their interest because of its environmental consequences, 50 percent of the problem is solved.

So it is worrisome that some economic illiterates and people blinded by ethnic sentiments, under the auspices of the Amalgamated Arewa Youth Groups (AAYG), could exhibit such ignorance to the contract.

The AAYG’s position shows how unconcerned some people could be even in the face of excruciating economic conditions.

The group, while allowing itself to be used to propagate hate, ought to have had a holistic appraisal of the economic devastation the nation experienced.

The Amalgamated Arewa Youth Groups (AAYG) should know that Tompolo engagement can only engender economic stimulation as a result of increased oil production output.

My happiness is that the youths of the six states of the Niger Delta region are totally in support of the decision to award the surveillance contract to Tompolo. This is another welcome development as Nigeria can now meet its OPEC quota.

While the likes of Tompolo and many sincere youth leaders are working to protect the peace and security of the Niger Delta, the Amalgamated Arewa Youth Groups (AAYG) should concentrate on how to contribute to the needed security in the north.

I will conclude by commending President Buhari for this undeniably nationalistic posture. With this decision to get locals, especially the likes of Tompolo, involved, the nation will heave a sigh of relief as a result of increased economic growth.