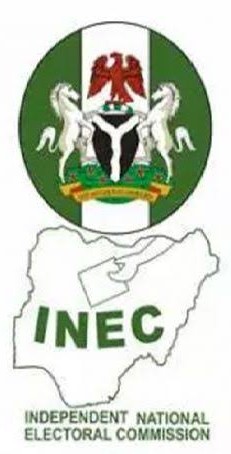 The International College of Democracy and Human Rights Scholars, a recently formed coalition of democracy and social justice experts operating in Nigeria and beyond its shores involving 41 Professors, 20 Doctorate Degree Holders, 30 Lawyers, 19 Indigenous Northern Religious Leaders, 14 Eastern Nigerian Democracy and Human Rights CSO Leaders, Swiss and American Rights Campaigners and other respected democracy and social justice advocates or campaigners have made a fresh shocking revelation that the Independent National Electoral Commission had in 12 months or July 2021 to July 2022 hatefully, mindlessly and discriminatorily destroyed whopping 15.4m of the 27.6m new voters registrations in Nigeria. The above was the fallout of critical examination by the College of the INEC released official statistics relating to the 31st July 2022 abrupt termination of the CVR ahead of the country’s 2023 General Elections especial the Presidential segment. The 15.4m new voters registrations destroyed by INEC is more than the total winning votes (15,191,847 votes) of the country’s Presidential Election of February 2019 declared by the Commission and credited to the Presidency of Buhari/Osibanjo.

The alarming discovery by the College was contained in a fresh letter sent to Chairman of INEC, Prof Mahmood Yakubu through National Commissioner for Information and Voter Education, Festus Okoye Esquire. The letter was duly communicated yesterday, 10th August 2022 through their official emails and WhatsApp. A physical copy has also been delivered at the Office of the INEC Chairman in Abuja. The letter was a follow-up to the first letter by the College written to the Commission on 14th June 2022, a period of 27 days today. It must be recalled that the College had in its letter of 14th July 2022 investigated and identified 30 disenfranchisement and election rigging plots ahead of the 2023 General Elections particularly the President segment and called on the Independent National Electoral Commission to publicly speak in admission to or against the 30 rigging plots with outlined plan of action to tackle them headlong. Regrettably, the Commission neither reached out nor publicly spoke or responded till date. The Commission also chose not to respond to any of the issues raised including our 16-point demands; thereby taking responsibility for hatching the 30 poll rigging plots. By the above, therefore, no explanations by the Commission concerning the letter will be entertained or accepted by the College.

The College carefully studied INEC’s officially released statistics including its updates on CVR, starting from 28th June or end of June 2021 when the CRV commenced and 31st July 2022 when it was abruptly terminated and found that INEC deliberately, mindlessly, hatefully and discriminatorily engaged in massive disenfranchisement of tens of millions of enthusiastic Nigerians that trouped to INEC registration centers so as to be registered ahead of the 2023 Presidential Election. The destruction was also found to have been perpetrated on the grounds of ethnicity and religion. It was further discovered that the destroyed figure (15.4m new voters’ registrations) did not include those that logged unto INEC’s online voters’ registration portal but could not continue or conclude their registrations. To buttress the above, it was observed, for instance, that between January 2022 and 2nd June 2022, a total of 19.1m applicants were received by the Commission, out of which only 6.8m were validated as ‘successfully registered voters’. INEC had, for no just reason, shut down its online voters’ registration portal on 31st May 2022 and never opened it till 31st July 2022 when it abruptly terminated the CVR Exercise. Apart from several INEC top-shots descending so low to hatefully and discriminatorily mock the affected citizens, saying they: “suddenly wake up at their beck and call to be registered”, the Commission was maliciously found to have hidden under the cloak of “incomplete registration”, “multiple registrations” and “timed-out biometric capturing” as reasons for the massive disenfranchisement.

Consequently, INEC’s hurried termination of the CVR on 31st July 2022 which is seven months before the Feb and March 2023 General Elections, contrary to the statutorily provided 90 days or Nov 25, 2022, is utterly suspicious  and strongly condemned. It is also a confirmation that the Commission is partisan and holding brief for a particular political party and its candidate and bent on massively disenfranchising tens of millions of citizens of voting age including 7m-11m that successfully did their online pre-registration and voters’ registration by 90% completion, remaining only physical biometric capturing. Therefore, what the sum total of the above means is that while tens of millions of Nigerian citizens of voting age worked hard under the rain and the sun and got registered by INEC, the Commission unscrupulously engaged in destruction of their registrations, to the tune of 15.4m and as if that was not enough, the Commission has further threatened to disenfranchise millions more between August and November 2022 repetitively using “elimination of multiple registrants” as a deceitful cover.

According to Guardian Newspaper of 14th April 2022, quoting INEC Chairman (Prof Mahmood Yakubu),”1.39m or 45% of the newly registered voters were invalidated (disenfranchised) between 28th June and 31st Dec 2021 out of over new 3m citizens that registered”. The invalidated figure of 1.39m were accused by INEC of “incomplete and multiple registrations” and in January 2022 alone, according to same media report, “1.1m were invalidated” on same “grounds”. Between 1st Feb and 28th June 2022, according to This Day Newspaper of 28th June 2022, quoting official statistics of INEC, “only 8,631,696 of the 10,487,972 newly registered voters were successfully registered and 1,856, 276 invalidated or disenfranchised”. According to INEC statement of 1st August 2022, “7,043,594 newly registered voters who successfully completed their online pre-registration were invalidated on account of their failure to have their physical biometrics captured by INEC before CVR deadline of 31st July 2022” and that “out of 10,487, 972 successful online CVR registrants, only 3,444,378 were successfully captured in physical biometrics capturing”. Further findings made by the Nigerian Civil Society Situation Room, a network of 80 CSOs, as reported by Punch Newspaper of 3rd August 2022, indicated that “11million citizens who completed their INEC online registration forms were shut out from being captured biometrically and massively disenfranchised by the Commission”. The Nigerian Civil Society Situation Room had spoken through Ene Obi and appeals made to the Commission to capture and enfranchise them fell on deaf ears till date.

For: International College of Democracy and Human Rights Scholars